What Linux distro should I choose?

While it's usually down to personal preference and many people distro hop until they find the right one, I wll outline what Linux distros are good for what purpose.

Ubuntu - Simplicity and Ease of Install

You can't talk Linux without talking Ubuntu, the distro based off of Debian that touts itself as "the leading operating system for PCs, IoT devices, servers and the cloud". Now personally, I think that is a huge lie considering Ubuntu is the Linux equivalent of Windows so Ubuntu Server would probably be the Linux equivalent of Windows Server, there are much better server oriented distros which I'll get into later however Ubuntu is simple and easy to use and Ubuntu Desktop is most likely the best option. At the time of writing the latest version is Ubuntu 20.04 LTS (long-term support, it will be supported until April 2025) and is more geared towards modern computers. Ubuntu Desktop is meant for the everyday Windows user or macOS user to get comfortable with Linux without getting to uncanny levels (Zorin OS). It uses GNOME 3 as it's default desktop environment which is built well (I personally do use GNOME 3 daily however not with Ubuntu but with Arch) and is a good DE to use. Ubuntu is pretty useful for moving from Windows to Linux comfortably.

Linux Mint is Ubuntu but actively worse in every way possible. Steer clear. 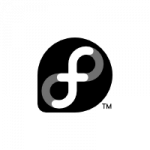 Fedora Linux is a distro mainly geared towards workstations and servers. Fedora's tagline is "Welcome to Freedom.", personally I think it's a lot more well put than Ubuntu's long tagline. Again alike Ubuntu, the default desktop environment is GNOME 3. The Fedora Workstation software comes with development software, GNOME Boxes (a virtual machine hypervisor) and also has Open COntainer Initiative (OCI) image support. Ubuntu's package manager is apt and Fedora is dnf. What makes Fedora different from Ubuntu is that Ubuntu is more for home users while Fedora is more for developers and workstations.

OK, OK. I may be a bit biased covering Arch here considering that Arch with GNOME 3 is my daily distro but Arch is a great distro. You can't install it using a GUI however, you must install it through a command line with a guide and it doesn't come with a desktop environment. It's not really for normal consumers as it is for powerusers. When you install it, it only takes up about 2.1GB (about the same size as an Ubuntu 20.04 LTS ISO for that matter) and is very fast however this does not include a desktop environment. You customise it and install what you want, it trims the fat of programs you don't need but with the added cost of some packages having to be built yourself like from the AUR (Arch User Repository) and system maintenance.

Manjaro and other Easy Arch Installers

Manjaro, Archlabs and Antergos are some of the Linux distros based on Arch Linux, which means are they just the same? No! They aren't just Arch, they have actual installers and are more for users who want the Arch experience without the hassle of following the install guide even though the install guide is a lot more easy (here's a quick tip: don't set the root password! Install sudo and give make a user account that has sudo perms but isn't root!) and straightforward than it looks. Manjaro is like the Ubuntu of Arch, it's not bad but it doesn't incorporate the feel of Arch. Why? Arch is meant to be lightweight, fast and powerful but Manjaro inclueds software to be out-of-the-box and therefore while still having the Arch basis, it's like Ubuntu but for Arch.